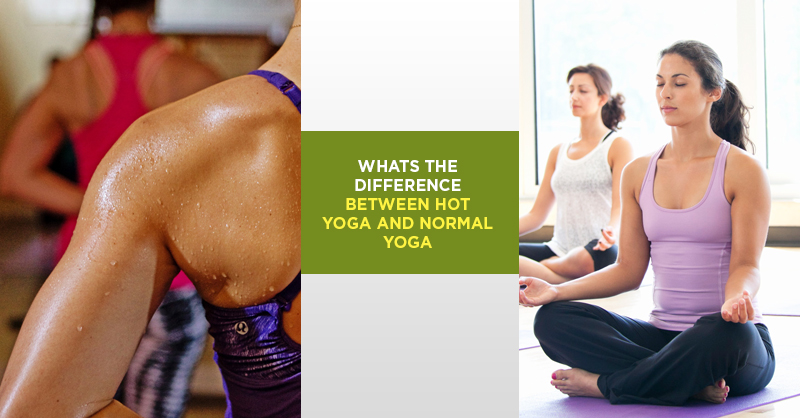 29 Nov What’s the difference between hot Yoga and normal Yoga?

Posted at 04:26h in Uncategorised by Yoga Harmony

So you are looking around for the ideal yoga class to enrol in?

There are plenty of reasons to get involved in the ancient and artful practice of yoga, but it’s such a vast and deep world of learning, information and experiences unto itself that deciding on the right class for you can even seem a little overwhelming or difficult at first.

There’s absolutely no reason to worry, though, as with a little faith and study, the class that is perfect for your needs will find you as surely as you will find it.

That said, where to begin?

A good start would likely be to take a look at a few of the increasingly popular versions of yoga and learn a bit about each to broaden your knowledge.

If you are interested in yoga, you probably have already heard something about “hot yoga,” as it is one of the styles of yoga that is quickly becoming one of the most popular.

So then, what exactly is “hot yoga,” and how is that different from any other form of yoga?

You can expect to get sweaty in a hot yoga session…

Read on and I will explain…

Much like the more commonly known martial arts, there are actually many styles of yoga.

Far too many styles, variations and custom iterations of yoga have been invented and evolved over thousands of years to fully dive into a complete comparison of every one of them.

Like martial arts, there are different styles that will each fit different types of people more appropriately than another, but all of them are potentially great.

The key difference between hot yoga and most other forms of yoga is literally the temperature of the environment in which it is practised.

Hot yoga lives up to its name in that it is practised in a room that is heated to roughly 40 degrees celsius.

This makes is almost like a combination of a yoga class and a dry sauna sweat lodge.

Don’t let the idea of a “dry” sauna fool you, though because after a hot yoga session you’ll be anything but dry!

The purpose behind practising yoga in a heated environment is specifically to promote lots of sweating.

Sweating profusely while rehydrating accordingly will help the body rid itself of toxins through the skin.

Practising in this way is a great way to cleanse impurities that could otherwise be stuck in your system.

Another point in practising in a heated room is that it helps to warm the muscles, which will make them easily stretched.

Aside from the obvious difference of being practised in a heated room, hot yoga has some other differences which distinguish it from other forms as well.

There are variations in styles.

For instance, Bikram Choudhury is a famous yogi who invented his own signature form of hot yoga known as Bikram yoga, which is practised widely all over the world today.

Bikram yoga is also practised in a heated environment but consists of its own unique set of proprietary movements designed by Bikram Choudhury himself.

So what is better, hot yoga or otherwise?

At the end of the day, you don’t know until you try it all.

The trend with hot yoga, however, is that it doesn’t offer the same stability.

People tend to get bored with it as it often doesn’t encompass the same spiritual and emotional journey to support a lifestyle change towards inner peace, health and wellness.

It’s often looked upon as more of a gimmick.

In the end, it really is about each unique individual and what they hope to accomplish.

Hot yoga can be great for an experience.

But if your goals are for a more consistent result in developing yourself both physically and spiritually, you may want to look into the more traditional styles.