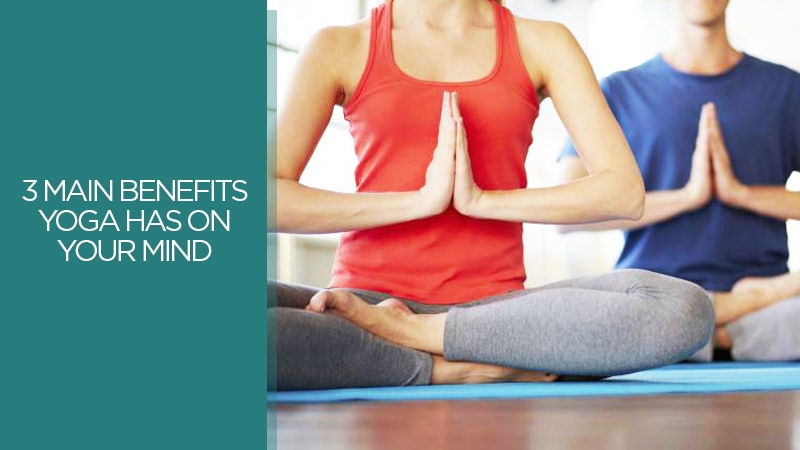 28 Oct 3 Main Benefits Yoga Has On Your Mind

Posted at 06:16h in Mindfulness, Yoga by Yoga Harmony

The ancient art form that has been practiced through the world for thousands of years known as yoga has made an impact on popular fitness culture in the western world recently.

While yoga has been big in the fitness world for its obvious physical benefits, the deeper, more cerebral benefits of practicing yoga seem to often go unnoticed by a large number of people.

Since these aspects of yoga seem less publicized in modern culture, here are three big reasons to practice yoga, in the form of three benefits that yoga can have on one’s mind.

Countless studies on meditation have been conducted throughout the times, and the mountain of landslide evidence suggests that meditation is one of the most beneficial things a person can do for the health and stability of one’s mind.

Without getting too deep into the technical or medical aspects of just how meditation affects the mind, it barely suffices to say that practicing regular meditation increases one’s ability to focus, learn new information and recover from past traumas.

Additionally, meditating on a regular basis can slow down aging, decrease the amount of time needed for sleep, enhance memory, creativity, cognition and even increase one’s IQ.

So already we see that meditation can give one who practices it a huge mental advantage in life.

Yoga is inherently a meditative art form which is rooted in deep meditation practices. Yoga teaches many forms and types of meditation and could to be said to be one of the originators and innovators on meditative techniques.

In effect, if you practice yoga, you will learn to properly meditate, and the benefits that meditation holds for its practitioners will start to be evident within you.

Yoga, being thousands of years old, is rich with culture, knowledge, wisdom and philosophy.

The yogis who have contributed to yoga over millennia are said to be some of the wisest, smartest and most empathetic people of the world.

Learning about yoga and its ideas gives you access to a wealth of treasure in the form of philosophy and wisdom.

Adding those sorts of thoughts to your mind can have obvious benefits, as well as offering an overall enhancement to one’s life.

Mind, body, and spirit are all one

In many of the more refined forms of martial arts, it is said that mind, body, and spirit are all one, and for any one of them to function at its highest potential, all three must be functioning at their highest potential.

Any of the three aspects of a person can only be as strong as their weakest aspect.

In essence, this idea points out that one’s mind will not function as well as it could if the body that houses it is in disarray.

Conversely, one’s body will not function as well as it can if the mind that drives it is in disarray.

If one wishes to cultivate a powerful spiritual aspect, the foundation for such practice is in rooting that spirituality in a housing that consists of a perfectly tuned body and mind.

Therefore the practice of yoga’s physical aspects will tune the body, giving the mind a well-suited home to live in and vice versa.

If you are looking for something to give you a definite mental edge, these have been only three reasons that yoga is a great place to look.

There are of course many more reasons and ways that an art form like yoga can help all aspects of one’s life.

Books upon books of information have amassed over the years, illustrating the positive effects that yoga can have, so what are you waiting for?

Find a yogi who is right for you and begin your journey into the fascinating world of yoga!