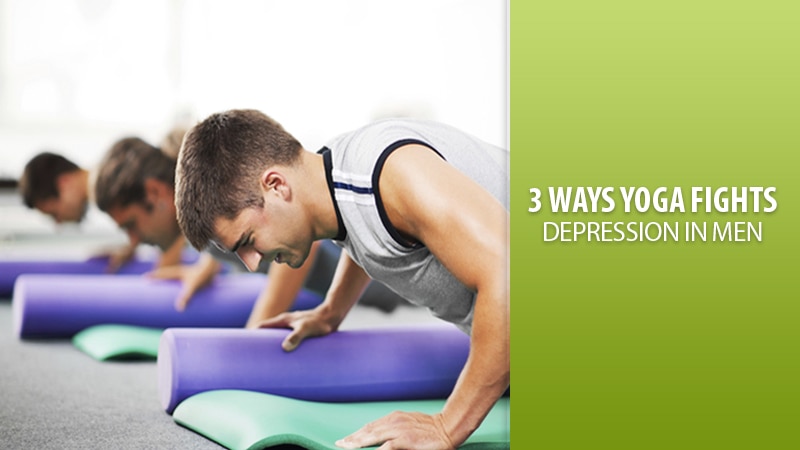 Posted at 05:58h in Yoga by Yoga Harmony

Yoga is an ancient art that has been practiced throughout India and Asia for thousands of years.

While it’s earliest intentions are something of a path to enlightenment, recent trends have yoga being integrated into western culture amongst people of all walks of life.

This is a great thing, as yoga teaches a wealth of secrets that enrich life, love, and spirituality.

While yoga is a great thing for anyone to help them get in shape and improve flexibility, it has been found that it is even great for improving the overall state of consciousness in those who suffer from anxiety or depression.

Yoga in the western world has often been more popular amongst women.

Why this is the case is a bit of a mystery, as there is nothing necessarily “ overly feminine” about yoga as a practice, as in it’s origins, it had male and female practitioners alike.

In its philosophy, it encompasses and embraces both masculine and feminine principles of life.

For whatever reason the stigma exists that yoga is more of a women’s activity, this article offers three ways in which men who suffer from depression can greatly benefit from yoga as well.

It is said that the body, mind, and spirit are all linked and function as one.

In order for any one of the three to be at their optimal level of functioning, all three must be healthy, as they all depend on each other in a sort of trinity.

Depression is thought to be more of a mental disorder than a physical or spiritual one, however, even recent scientific studies have concluded that mental disorders are often linked to
corresponding physical issues.

Yoga has many exercises in its practice that not only improve physical health in obvious ways, but also have specific exercises that are used to target various vital organs, chakras, and nerves which run along the nervous system linked to the five major meridian lines.

In doing these exercises, many channels of energy which may be blocked can be opened to the bodies energies, which in all cases will improve the overall condition of the body and in many cases improve the mood, alleviating depression.

For many men, depression can be caused by a lack of virility or sexual function.

From the people who brought you tantra, many styles of yoga and yogic practices put a focus on the strengthening and refining of sexual energy which can do wonders to improve the male libido.

For a man who suffers from a condition of this nature, certain exercises within the practices of yoga can improve or alleviate the symptoms entirely.

The word “balance” as used here refers to the balancing of energy.

As was mentioned earlier in this article, yoga embraces both the masculine and feminine sides of our existence.

The modern culture in which we live is seemingly unbalanced in that it weighs in heavier as a masculine dominated one.

In our culture men are pressured to be overly masculine and any aspect of their feminine energies is ridiculed and repressed.

This can manifest in all sorts of emotional instabilities including depression in some cases.

Learning and understanding the deeper principles and philosophies behind yoga can help a man come into touch with the true meaning of feminine and masculine energies and allow him to strike the balance between the two in his personal life and inner awareness.

The issue of mental health has had a huge amount of awareness raised around it in recent years.

Men are now granted the freedom to try things that would never have been socially acceptable a few years ago.

Fortunately for men, Yoga is one of those things they can do now with no judgment.

All while reaping the benefits of alleviating depression.