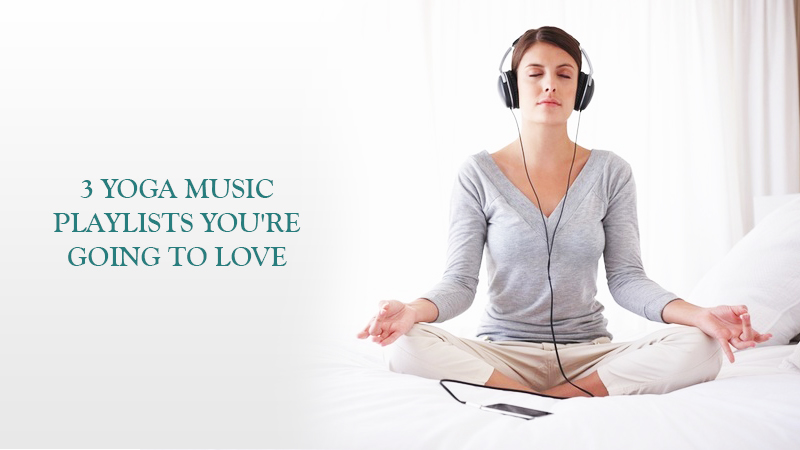 Posted at 04:56h in Relaxation, Yoga by Yoga Harmony

If you’re reading this, then you’re probably already familiar with the ancient art and practice of yoga.

As it makes it’s splash on the scene, with it comes an enthusiastic following of people who live and practice yoga as an alternative lifestyle.

That said, any lifestyle needs music and there is not a lot of information out there about the relationship between music and yoga.

Questions may arise, such as “what sorts of music would a yogi listen to,” or “what sort of music is suitable for practising yoga?” To get a bit more in depth, read on.

Meditation is often associated with music in the form of chanting.

Yoga is a meditative art which deeply embraces meditation as a state of mind to cultivate and live within one-hundred percent of the time.

This means that the yoga student will be encouraged to practice meditating frequently.

The chant that is most commonly known which yogis will do during meditation is known as “OM,” or, “AUM.”

The OM is a key to deep levels of meditation and inner healing.

The vibrations of the OM have even been scientifically found to affect the body physically in a positive way.

The entire universe is just a bunch of vibrations or frequencies.

Physics can prove that everything in the universe is vibrating at various frequencies.

Even solid matter is just a group of fine atoms and molecules vibrating in unison together.

When the OM is performed properly, you are generating sounds that actually vibrate in tune with the very universe, aligning you to the energies from which all existence and consciousness originate.

The power of the OM is only increased in group meditations and yoga classes, as many people performing the OM in unison creates a stronger signal of the OM, which is why many meditation sessions are held in large classes or temples with high ceilings that resonate the chant.

Many recordings of these sessions exist and can help with the focus and effectiveness of meditation and yoga practice.

We have featured one below for your reference:

Mantras are sort of like prayers, or perhaps affirmations.

Like the OM, these are intended to carry vibrations of a healing nature.

There are lots of mantras out there, many of which your yoga instructor may choose for specific situations or students.

Mantras are chanted during various exercises, meditations or throughout the class as affirmations.

Some classes will open and close their classes with the chanting of mantras.

Each teacher is unique in their choice and practice of mantras.

Below is a great playlist to start with so you can find some that resonate a chord within you.

Yoga originates from India where it’s lived for thousands of years.

In order to understand yoga, it is helpful to expose yourself to Indian culture and acquire a feel for their ways and understandings of the world.

Much of India’s music is spiritual or meditative by nature.

It is a deep and fascinating world of music which encompasses an entire system of music theory of its own, which consists of twice as many notes in a scale than that of western music.

It’s time is rooted in the concept of a cycle rather than a numeric fraction.

I find that this music is great for many situations, especially to complement the yin yoga and restorative yoga classes.

As I said a moment ago, it’s a pretty wide world to explore, but if you’re completely new to this, or don’t know where to start, Google or Youtube is a pretty good direction.

Below is a great playlist for you to check out as well.