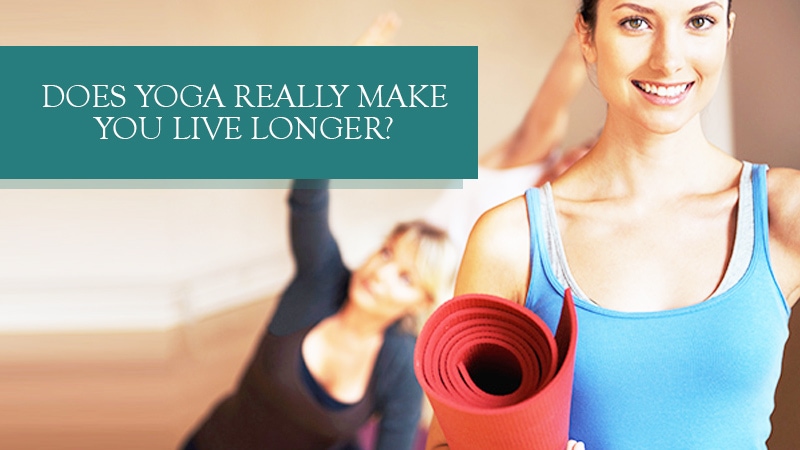 Posted at 04:43h in Yoga by Yoga Harmony

Yoga has become a popular activity in the western world recently, but what is the real benefit?

Is it just a new age fad, or is there really something to it?

The answer is an emphatical “yes,” that yoga is not just a fad, but an art form that has been practiced for thousands of years as a path to health, happiness, vigor and enlightenment.

The question has often been asked about the effects of yoga on longevity. I am sure that you will find the answer to be fascinating.

The reasons behind this are many, but I can give you just a few here.

The first reason is that yoga embraces meditation and is thus a meditative art form. There has been plenty of skepticism and debate about the effects of meditation over the years, but modern science has conducted a ton of research in this department and found landslide results in favor of meditation as a healthy practice.

Meditation enhances mental clarity and focus, reduces stress and even stimulates the growth of human growth hormone in people who would otherwise be too old to produce it.

Human growth hormone is a chemical that is naturally produced in people who are roughly under the age of 25.

Meditation can slow the aging process

In most cases, HGH stops being produced in a person’s late twenties, and this occurrence is linked directly to signs of aging which occur from one’s late twenties onwards.

Meditation actually stimulates the production of HGH which has been seen to show effects of not only slowing the aging process but even reversing it!

Other effects of meditation on the brain include a drastic drop in levels of adrenaline and cortisol, which are hormones linked to stress.

When a person is stressed out, the body produces increased levels of adrenalin and cortisol, which have been linked directly to accelerated aging in cases where people consistently have these chemicals in excess over time.

In addition to decreasing stress hormones, it also increases the body’s production of chemicals which are linked to health and well-being such as dopamine, serotonin, and endorphins.

So, right off the bat, the meditative aspect of yoga proves to scientifically increase one’s life expectancy by a large margin.

The extreme nature of this effect is illustrated in the story of the master yogi, Tat Wale Baba, who was often mistaken to be a man in his thirties when he was in his late eighties.

Aside from the meditative benefits of yoga, there are physical benefits as well.

Yoga is also a physical activity and is considered to be a fantastic form of exercise.

While benefits of meditation have been debated in the past, there was never any doubt that exercise is a healthy practice, and people who don’t exercise are more likely to develop health problems at earlier ages.

A good and regular exercise regiment are proven to enhance one’s health and mental stability, which then results once again in a longer life expectancy.

Yoga is actually one of the best practices one can do if they are looking to increase their lifespan, as it has all the benefits of meditation and exercise combined into one art form, and additionally has a whole philosophy, lifestyle and even spirituality associated with it that makes all who partake of it happier and stronger people.